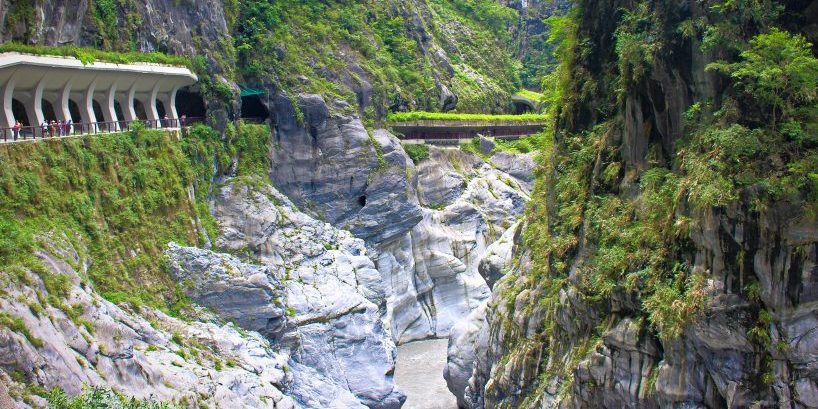 It's easy to pass by the small island of Taiwan on a map of the world. When most westerners think of Taiwan, they rarely, if ever, think “tropical island” and all too often think of the “made in” tags on their computers and electronics. What many people don’t realize is that Taiwan is actually one of the most stunning islands on earth that nobody is talking about.

The Jewel of Taiwan

It’s easy to pass by the small island of Taiwan on a map of the world. When most westerners think of Taiwan, they rarely, if ever, think “tropical island” and all too often think of the “made in” tags on their computers and electronics. What many people don’t realize is that Taiwan is actually one of the most stunning islands on earth that nobody is talking about.

Ilha Formosa, the name written in the logs of a passing Portuguese merchant ship in 1544 simply means, “beautiful island”. An appropriate name for a green gem nestled in the Pacific Ocean, hugging the Tropic of Cancer and covered with verdant green tropical and subtropical forests, towering mountains, sandy beaches, sparkling blue rivers and more waterfalls than one could even imagine.

Yet amidst all this abounding natural beauty, one place stands out above all others. Taroko Gore National Park.

With a geologic story that begins 145 million years ago in the early Cretaceous Period, the towering stone canyons of Taroko Gorge are awe inspiring in their height and grandeur. Though often referred to as the largest marble canyon in the world and nicknamed “The Marble Gorge” because of the large quantities of the stone in it, the rock is actually a unique combination of marble, granite and quartz micas, giving it a wide range of colors and textures.

From the narrow canyon of Swallow Grotto, where the Liwu River has carved an almost gravity defying slot through the Earth, to the towering waterfalls of Baiyang, known to the Truku tribe as da-ou-la-ss, “waterfall of the cliffs”, the rich geologic diversity of Taroko Gorge make it one of the more surprising National Parks in Taiwan, that never ceases to amaze.

It has often been said that there are only two primates indigenous to Taiwan, humans… and the Formosan Macaque.

One needs only spend a day in the wilds of the Taroko National Park to get a glimpse of both of them! Drawn to the fruits of the abundant fig trees in Taroko and other fruit bearing plant species, the Formosan Macaque (also called the Formosan Rock Monkey), thrives in Taroko and are a unique species to Taiwan. But they are certainly not alone…

Sambar deer, countless lizard and spider species, 144 bird species, more than 250 kinds of butterfly, rivers teeming with fish, freshwater shrimp, crab, numerous species of frog and so much more fill the jungles and forests of the Gorge. Taking a walk through the forests of Taroko, it becomes pretty obvious at once that you are not alone!

So Much More to Discover in Hualien!

Taroko Gorge takes its name from the Truku tribe, one of the 16 tribes of Taiwan and a splinter group of the Atayals.

The Truku settled in the gorge between 1680 and 1740 having come from the Nantou area near Sun Moon Lake. Prompted to relocate, likely due to the scarcity of hunting grounds in the west, the Truku crossed the Central Mountain Range and settled in the mountainous areas of Hualien. Isolated from their Atayal brethren in the west for 250 years, they soon developed customs and dialects of their own. A fierce but unified tribe, they lived communally by sharing the land, livestock and harvest equally.

The remains of 79 old Taroko villages have been found within Taroko Gorge National Park, and learning about their history can be one of the most fascinating aspects of a Taroko Gorge Tour. The Zhuilu Old Trail offers a unique experience walking on a former Truku hunting path, carved 700 meters up into the cliff side!

CHECK OUT THE ZHUILU OLD TRAIL!

Originally founded in 1937 as the Tsugitaka-Taroko NP by the ruling Governor General of Taiwan under the Empire of Japan, the park was abolished after Japans defeat at the conclusion of World War II in 1945. Reestablished in 1986, through huge infrastructure investments by the government, Taroko Gorge National Park has become one of the premier attractions in all of Taiwan.

Taking a Taroko Gorge tour is a must while in Taiwan. Though there is a public bus that travels through parts of the park, with such a wide range of sites and trails, one would have difficulty seeing much of the parks diversity while restrained to the hourly (at best) bus schedule. Also, there are large parts of the park busses can’t reach including the Changuang Temple, the Bell Tower Trail and the Yue Suspension Bridge. In addition, with such a rich history and a number of hidden gems nestled about, taking a small group tour can add many layers to experiencing all the park has to offer.